Force Zvika and the “virtue” of Israeli contrariness, a remembrance… 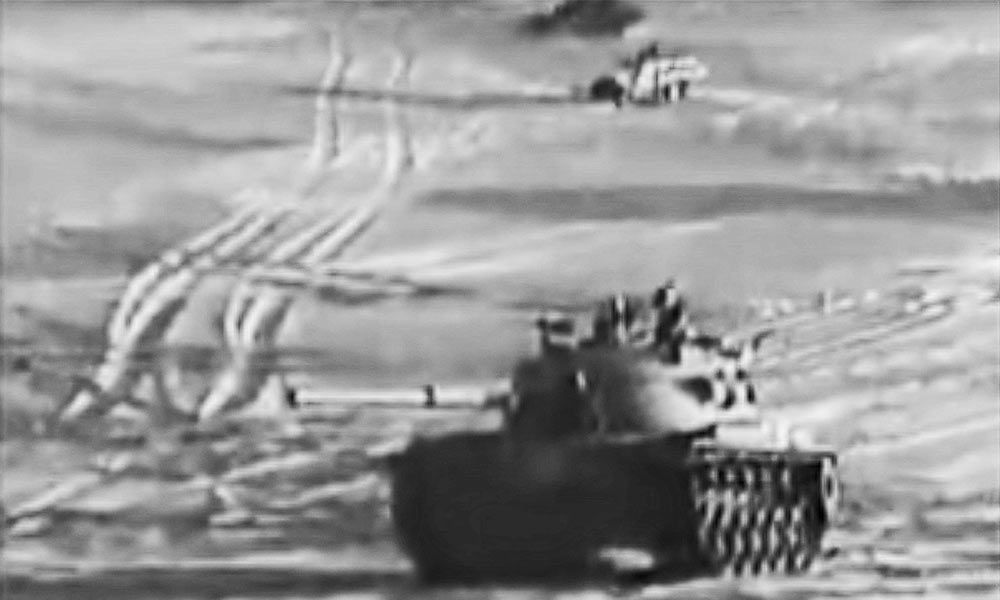 By Cliff Keller —Israel’s “coronavirus cabinet” recently voted to order hospitals here to prepare to serve 2,000 additional coronavirus patients who may soon need ventilators. The ministers also increased from 200 to 500 shekels, about $145, the fine for failing to wear protective facemasks in public.

But while on a walk two days after these measures were passed, I observed that easily half the Israelis in my neighborhood remained barefaced. My guess is, since we were outdoors in bright sun with a stiff breeze blowing, we were not “in public” at all, you see? And, therefore, exempt from the rule. But the next day in a crowded Jerusalem mall, a good third of the Israelis there were still not wearing masks.

Many Sabras have rightfully been accused of possessing an almost mystical air of independence, a trait that most often works against them. But before we judge this country’s countless stubborn non-conformists too harshly, it’s good to remember that Israelis’ fiercely independent and sometimes innovative, sometimes quite odd, behavior has served them very well on occasion, not only in science, medicine and commerce, but also when at war.

There may be no better example of this paradox than Israel’s ’73 war. To say her eventual victory was miraculous is a gross understatement. Only six years after its greatest military triumph in 1967, on Yom Kippur, Israel was completely stunned by coordinated massive attacks on two fronts by the armies of Egypt and Syria.

The attacks caught Israel’s military and government so unprepared and with so few troops in place that it led to the eventual dismissals of the IDF Chief of Staff and Chief of Military Intelligence. Defense Minister Moshe Dayan resigned after the war, as did Prime Minister Golda Meir.

It is indisputable that, during the first critical days of the war, only the courage, determination and outright orneriness of Israel’s shamefully outnumbered and ill-equipped troops saved Israel from destruction.

Twenty hours after the fight began, the IDF was reeling in both the Sinai and Syria. But only three weeks later, Israeli tanks were somehow charging toward both the Egyptian and Syrian capitals. The reversal of fortune was stunning, inspiring and, as mentioned, miraculous. Its authors were, in most cases, ordinary soldiers who, in true Sabra fashion, chucked their orders because they weren’t working and simply began to improvise.

According to Abraham Rabinovich’s superb book, The Yom Kippur War, when the fighting began in the Sinai, 100,000 Egyptian soldiers were opposed by only 450 Israeli troops. 1,350 Egyptian tanks faced Israel’s 91. Egypt and Syria were armed with new, Russian AT-3 Sagger anti-tank missiles, unaccounted for by the Israeli high-command as potential game-changers, especially when combined with new tactics taught to the Arabs by Russian advisors.

Blame for this shameful disparity fell upon woefully smug Israeli leadership. Rabinovich wrote, “An unspoken premise on which Israel had built its defense strategy…was that the Arabs they would face in the next war [would be] the same Arabs they had handled so handily in the Six Day War… A single day’s battle had now demonstrated that these were not the same Arabs.”

In the Sinai, Israeli reservists called up at the last minute were not only pitifully ineffective against the rebuilt Egyptian army but immediately found themselves in danger of annihilation. When their high command continued to issue orders which were plainly ineffective, free-thinking tank commanders began to ignore those orders and fight as they saw fit.

A tank battalion of Israeli reservists under the command of Lt. Col. Amram Mitzna, for example, abandoned their formal training almost immediately and, per Rabinovitch, “improvised responses to the new [Sagger missile] threat—[by] firing directly in front of their own tanks to create dust [and by] moving back and forth and firing toward the presumed location of the Sagger operator.” This, in complete disobedience to the long-established Israeli armor tactical principal which called for immediate, headlong assaults at any enemy infantry in their paths. Yet “[s]uch techniques, improvised by [Israeli] troops in the field in the opening hours of the Yom Kippur War, would subsequently be adopted by NATO forces…”

To apply a phrase often uttered by Olim here, most often in exasperation, “That, is so Israeli.”

IDF forces in the north were also completely unprepared and tremendously outnumbered, so badly so that the Syrian battleplan called for pushing Israel off the Golan Heights in one day. “Opposite the 177 tanks Israel had on the heights Yom Kippur morning,” Rabinovich wrote, “Syria had 1,400. Opposite Israel’s 11 artillery batteries, Syria had 115. Opposite 200 Israeli infantrymen manning ten strongpoints along the forty-mile-long front were three Syrian infantry divisions with 40,000 men.”

Again, stubborn Israelis stepped up and became heroes. A glowing, now legendary example of their fortitude was the experience of reservist, Zvi “Zvika” Greengold.

Once called up, Greengold hitchhiked from his home in the north to the Israeli command center in Nafekh in the southern Golan Heights. He found the fort in disarray and was, at first, unable to get out to the fighting. But he was ultimately given command of two tanks that had limped back to Nafekh (after he had helped to remove two bodies from one of them). Later that evening, reporting from the front, Zvika reported “ready to engage the enemy” and, some say, assigned himself the call sign, Koakh Zvika, “Force Zvika,” for radio communications, which he continually and dutifully used.

When Greengold’s comrades in the southern Golan heard that “Force Zvika” was springing into action, unaware it consisted of only two tanks, they were reenergized!

Zvika’s orders were to take his force south and engage any Syrian tanks he should come upon. Traveling on Tapline Road, a service road paralleling an oil pipeline that stretched from Saudi Arabia to Lebanon, little Force Zvika ran into the main thrust of the Syrian army, beginning one of the most unlikely and inspiring encounters of the entire war.

The details of Zvika Greengold’s next twenty hours of combat is truly the stuff of legends and well worth researching. Facing enormous odds, Zvika would shift position under cover of darkness, destroy a tank or two with inspired marksmanship, then disappear, then reappear elsewhere and destroy another. After little more than an hour, what remained of the massive Syrian force withdrew, convinced they were outnumbered.

Though the Israeli position on the Golan remained tenuous—Israeli tanks were low on ammunition and fuel and their repeated calls for reinforcements were impossible to fulfill—Greengold’s peers all knew of, and took heart from the presence of “Force Zvika,” unaware that that “force” was a single, twenty-two year old reservist and crew standing firm against one of the main thrusts of the Syrian army.

Ten more Israeli tanks eventually joined Greengold’s tank and they attacked the Syrians. During the evening Zvika’s driver was killed and Zvika was burned severely. When Zvika returned to Nafekh, the Syrian’s were about to take it. Greengold fired wildly at everything in sight, attached himself to an armored brigade after his tank was disabled and eventually destroyed ten more Syrian tanks as Syrians were somehow forced out of Nafekh.

After twenty hours of continuous fighting, Greengold eventually passed out from his injuries. According to his estimate, he had destroyed twenty enemy tanks. Zvika’s superiors placed the number at more than sixty, and Zvika Greengold became one of only two Israeli soldiers who served on the Golan during the Yom Kippur War to receive the Medal of Valor, Israel’s highest military decoration for heroism.

At the time of this writing the Israeli government is considering implementing a second wave of restrictions on businesses and public gatherings in the face of a resurgence in diagnosed cases of COVID-19.

The question arises naturally. Given their history of daring and, in some cases, outright recklessness, how many Israelis who fought alongside Zvika Greengold and Amram Mitzna in the ’73 war, might we expect to wear masks the next time they visit a mall? Regardless of the answer, the nation-state of Israel will be forever in their debt.

The Yom Kippur War, Abraham Rabinovich (There were many more heroes.)