Apples, awe, honey and the joy of the Lord 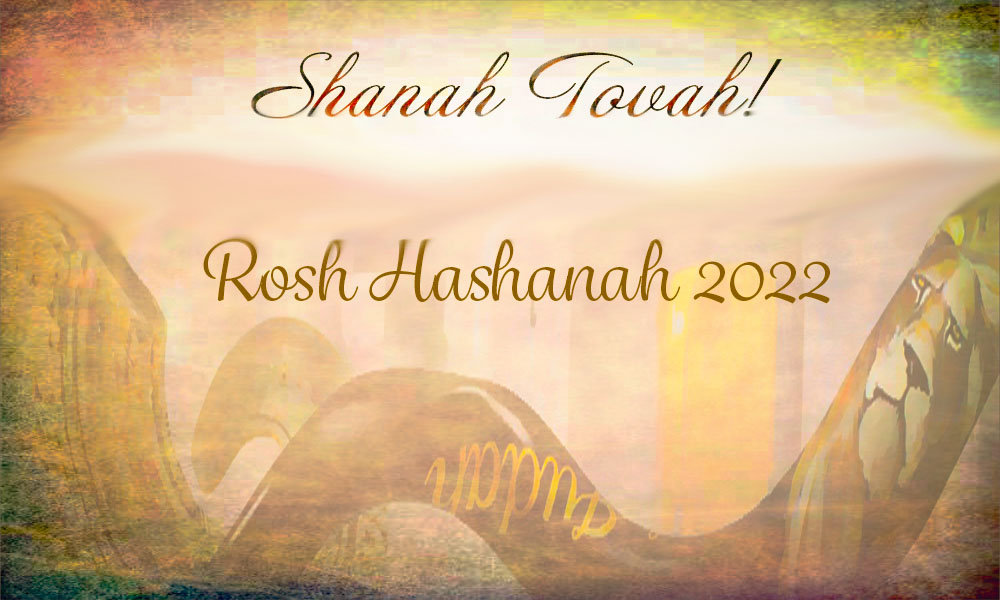 Shanah tovah! It’s time once again in Israel and the world to celebrate the birthday of the universe, the day that G-d created Adam and Eve and Rosh Hashanah, the “head” of the Jewish New Year. On the morning following sundown on the eve of Tishrei 1 (September 25), shofars will blow to announce the beginning of the Yamim Nora’im, the Days of Awe, which extend ten days to include Yom Kippur. It’s the advent of round challah with raisins, apple slices dipped in honey and innumerable sweet treats to set the tone for a similarly sweet year. Most importantly, the sounding trumpets are to remind us of the Lord’s faithfulness and to hint at the future coming of Messiah.

And the Lord spoke to Moses, saying, “Speak to the people of Israel, saying, In the seventh month, on the first day of the month, you shall observe a day of solemn rest, a memorial proclaimed with blast of trumpets, a holy convocation. You shall not do any ordinary work, and you shall present a food offering to the Lord.” ~ Lev 23: 23-25

But at some point during the next thousand years the memorial was all but forgotten. Then one day, in reinhabited Jerusalem well after the fall of Babylon to Persia, Governor Nehemiah and Ezra the priest restored the tradition.

Then Nehemiah, who was the governor, and Ezra the priest and scribe, and the Levites who taught the people said to all the people, “This day is holy to the Lord your God; do not mourn or weep.” For all the people were weeping when they heard the words of the law. Then he said to them, “Go, eat of the fat, drink of the sweet, and send portions to him who has nothing prepared; for this day is holy to our Lord. Do not be grieved, for the joy of the Lord is your strength…” All the people went away to eat, to drink, to send portions and to celebrate a great festival, because they understood the words which had been made known to them. ~ Neh 8:1-3, ff [emphasis added]

But, in the end, it’s clear that Rosh Hashanah is about much more than the sweets, parties, greeting cards and blown shofars which so uniquely distinguish it among the Jewish holidays. Jews bless one another, saying, “L’shana tova tikatev v’tichatem. May you be inscribed for a good year.” May our names be recorded and sealed [in the Book of Life] on Yom Kippur.

Messianic Jews understand that our names are forever inscribed in the Book of Life through the atoning death of Yeshua. From Rosh Hashanah, jewsforjesus.org, “[W]e hear the blast of the shofar at Rosh Hashanah as an ongoing call to spiritual vigilance, and it expresses our yearning for the Lord. Not only that, for us the shofar serves as a reminder of Yeshua’s coming return. ‘Awake, O sleeper, and arise from the dead, and Messiah will shine on you,’ the Apostle Paul writes in Ephesians 5:14. ‘For the Lord himself will descend from heaven with a cry of command, with the voice of an archangel, and with the sound of the trumpet of God. And the dead in Messiah will rise first.’ ~ 1 Thessalonians 4:16”

And, in the meantime, the joy of the Lord continues to be our strength.