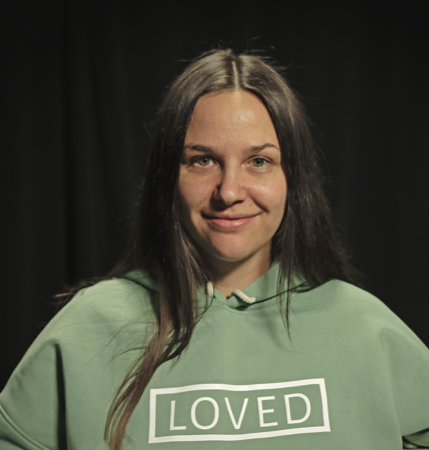 Inna Pletenetska was born in Antratsit, Eastern Ukraine, a coal-mining town located about 100 miles northeast of the currently embattled port city of Mariupol. Since the escalation of Ukraine’s ongoing war with Russia began in March of 2022, Mariupol has slowly succumbed to annexation by Russia. Though the ethnic makeup of Antratsit’s population of approximately 80,000 souls is roughly evenly split between Ukrainians and Russians, about 86 percent of her citizens speak Russian and only about 11 percent speak Ukrainian. However, Inna always wanted to speak English. “Somehow, since I was a child, English has been something special to me,” Inna told The Messianic Times. “Back in the nineties in Antratsit, students began learning a foreign language in 5th grade. There existed an option, however, to begin English lessons as early as first grade, but those lessons cost money. “This was the time of the terrible crisis in the countries of the former Soviet Union. My parents made the tough decision that my English lessons were worth the money—money we didn’t really have—and I’m forever grateful since that decision determined the course of my life.”