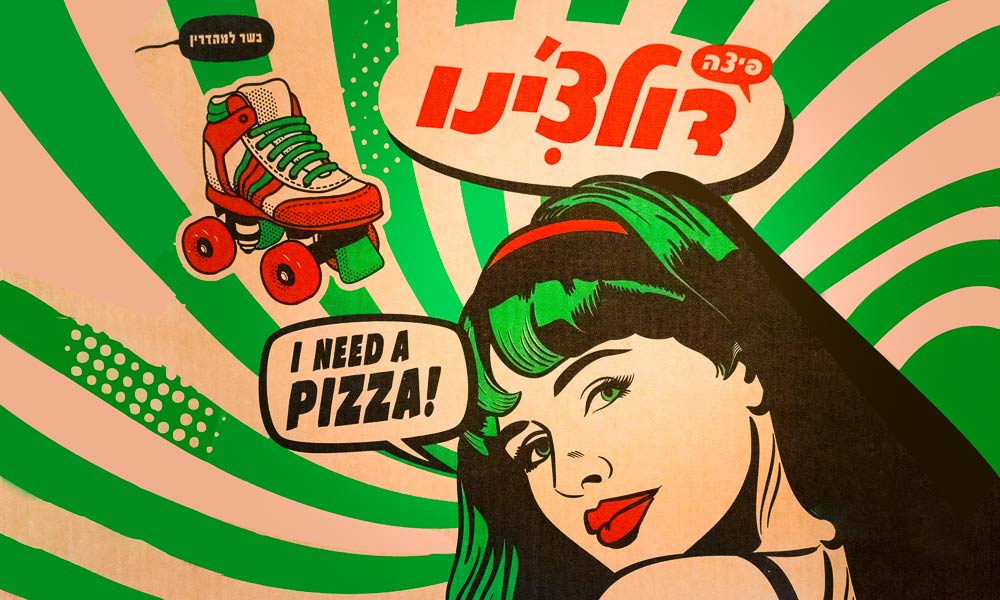 Israel is locked down again. Some restaurant owners here smashed plates in the streets to protest the nation’s second round of coronavirus restrictions. Other citizens simply went without pizza. Upon learning that just under 12% of recent, ongoing nationwide COVID-19 tests were regularly confirmed as positive, the government could stand no more. Not coincidentally, many Israelis opposed to restrictions they feel are unfair and ineffective, had reached a like conclusion. “When injustice becomes law, rebellion becomes a must,” read a handmade sign carried by one of hundreds of protesters gathered in Tel Aviv at a large gathering which, ironically, was entirely lawful.

Like in the U.S., you can gather in mobs and protest in Israel during the lockdowns, but it’s best to stay away from work, schools and places of worship in Israel.

“Evidence is mounting that Sweden has beaten the coronavirus with herd immunity rather than a lockdown, according to a renowned expert on the spread of disease,” wrote Bruno Waterfield in a recent article that appeared in theaustralian.com. “Sweden’s infection rate has remained low and stable at a time when other European countries are facing a strong resurgence.

“Kim Sneppen, professor of biocomplexity at Niels Bohr Institute in Copenhagen, told the Politiken newspaper: ‘There is some evidence that the Swedes have built up a degree of immunity to the virus which, along with what else they are doing to stop the spread, is enough to control the disease.’

“…Others warn that it is too early to tell. ‘I don’t think it can already be ruled out that Sweden will also have a flare-up,’ said Allan Randrup Thomsen, professor of virology at Aarhus University.”

But that’s why they call it biocomplexity.

“The [Israeli] economy is in free-fall, people are losing their jobs, they’re depressed,” said a 60-year-old woman who had lost her job as a result of the first lockdown, per a story in the Times of Israel. “And all this for what? For nothing!”

The lockdown began just before the start of Rosh Hashanah and was scheduled to continue for at least three weeks. But, today, September 24th, it appears that “[t]he country is heading back into a complete lockdown…to begin Friday and is likely to last until at least the end of the holidays,” according to the Jerusalem Post.  “After eight hours of deliberations, the coronavirus cabinet made its recommendations, which were brought to the full cabinet for a late-night vote. By 6:30 a.m. the government had approved the lockdown, too.

“The government’s recommendations will be presented to the Knesset on Thursday for a vote.

“The lockdown is expected to be more stringent than the one in March, and should include shuttering synagogues, reducing the number of people who can protest, closing all nonessential businesses and markets, reducing public transportation routes and allowing citizens to gather only within their nuclear families.”

But there is some good news for protesters, who “are expected to be allowed to [continue to] demonstrate and worshipers to pray outside in groups of up to 20 people within one kilometer of their homes. Synagogues are expected to open only on Yom Kippur for small groups of worshipers, according to the outline originally designed and implemented on Rosh Hashanah.”

A decision has not yet been made on whether to halt departures from Ben-Gurion Airport, which may begin as early as Friday if approved.

Nobody knows whether locking down the entire culture is the proper thing to do but most Israelis agree that too many people—those taken ill as well as the virus free—are suffering. Over 1,200 people were reported to be hospitalized with COVID-19 at the time of this writing, 579 of whom are listed in serious condition. Since the start of the pandemic, 172,322 people have been diagnosed positive, or nearly 2 percent of the population.  At the same time, hundreds of small businesses have failed, social norms have been rewritten or abandoned and thousands have lost their jobs.

The lockdowns, which have thus far proved ineffective, are opposed by many religious and ultra-Orthodox Jews because of their expected impact on public prayer services during the High Holidays, by restaurant owners, jewelry and Judaica shops, open market vendors, and others bound to tourism for their livelihoods, and the public at large because school closures will necessitate many parents to miss work to stay home to care for their young children.

After the upcoming lockdown, the country will resume what is called “the traffic light plan,” which classifies neighborhoods in Israel into green, yellow, orange and red categories in line with their morbidity index from the coronavirus. Each color classification specifies escalating restrictions on gatherings and the maximum capacity of buildings and institutions.

Perhaps the “traffic” designation is a poor choice of words for the plan given Israelis’ historically scandalous behavior when driving.