Serving Up the Gospel, One Beverage at a Time 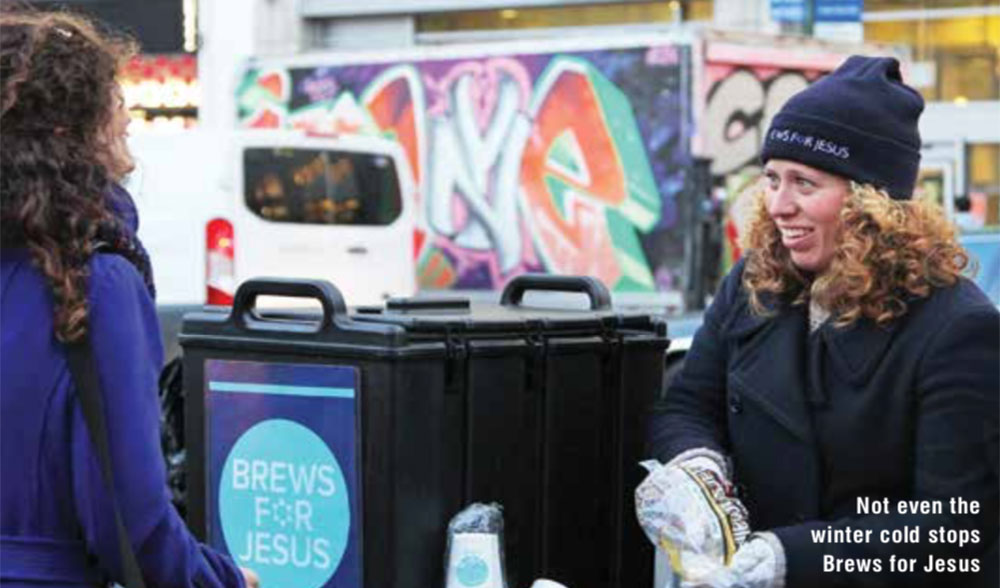 Serving Up the Gospel, One Beverage at a Time

There is a constant bombardment for a person’s attention in New York City. Art, cuisine, fashion and activism, New York is also home to nearly 100,000 charitable organizations. A person walking along the street is accosted by billboards and other signage about what to buy, how to vote, what to watch, and who to be. Not to mention phone, tablet and computer screens. Forty-three years ago, life was simpler. Jews for Jesus was a fledgling band of Vietnam War protesters— young, unafraid and convinced Jesus was their Jewish Messiah—and they spread the message through humorous, hand-drawn gospel tracts. Over the years, millions were given out in busy subway stations and street cor- ners around the city. Jewish people came to believe in the Messiah. We were ubiquitous, bold and persistent.