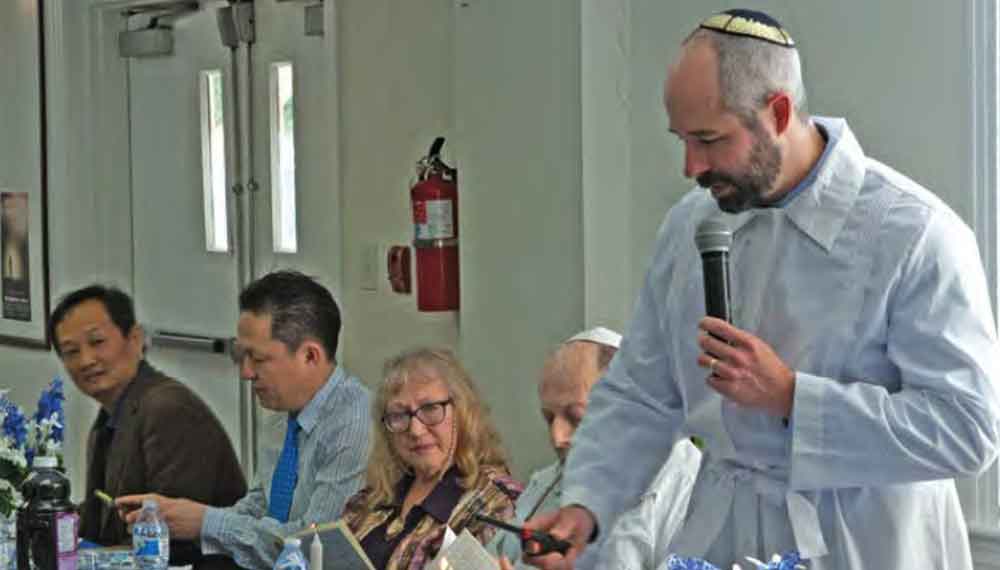 Pastor Lee marveled during the Seder at the collective memory of the Jewish people, the continuity of historical identity of the Jewish people, the “we were slaves in Egypt,” “our fathers,” and “the L-rd took us out with anoutstretched arm.” He appreciated what the Jewish people had to endure as a family. The celebration of Passover is one of the original festivals that depicts the identity of the nation of Israel. Virtually every Jewish person around the world celebrates it—religious, observant, not-so-observant, and atheists. Today, there are a growing number of Christians such as Pastor Lee who desire to celebrate the Passover as well. They do so, not out of religious or cultural obligation, but because they see it as a Biblical and spiritual experience.

Pastor John Lee and the congregation which he serves, the International Calvary Church in Springfield, Virginia, a predominantly Korean community, rent their church building to Ohev Yisrael Messianic Jewish Congregation on Shabbat. The connection between the two congregations is greater than that of a landlord and tenant. A real relationship exists between the two, one of respect and honor, as well as learning about each other’s cultures. Pastor Lee’s sentiment towards the Jewish people translates into loving and appreciating his own Korean culture and people. His church ministers primarily to Koreans, yet they reach out to other nations such as India and Nepal. Pastor Lee has experienced G-d’s heart towards the Jewish people and desires to bring that same love and compassion to other people groups.