Something new under the sun? 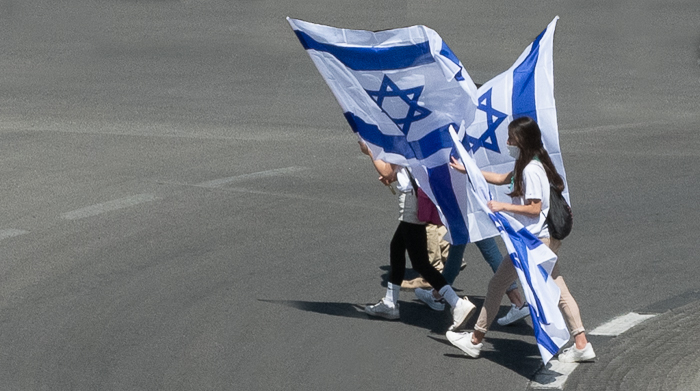 Just before dawn some mornings during the days leading up to Yom HaZikaron, Israel’s Memorial Day, the highest hill in the Jerusalem neighborhood of Ir Ganim has been visited by handfuls of Orthodox Jews who faced the Old City and prayed. Though the ancient mound they climbed lies a third of a mile from my home (which lies atop another high hill in neighboring Giv’at Massuah), I could still clearly see them through my office window.

The presence of Jews and religious ceremony are not at all new to the hilltop site. At an elevation of over 2,600 feet above sea level, Rogem Ganim, as the high grassy mound is known to Israeli archaeologists, is believed to have been so engaged since the latter days of the Kingdom of Judah and the following Persian, Roman and Islamic Periods.*

Yet something is different in The Land this spring from all other springs that preceded it; what The Jerusalem Post’s Maayan Jaffe-Hoffman described as “the shadow of the coronavirus…”

“Police have increased activity across Israel, including on highways and intercity roads, in an effort to minimize travel by the public as it prepares to celebrate Independence Day… So far, Police said they set up 40 checkpoints and that they will be stopping and checking drivers to ensure they are traveling only for reasons defined by the guidelines of the Health Ministry. Similar to how Israelis celebrated the Passover holiday, on Independence Day, people are being asked to stay in their homes.”

All bus service in Jerusalem will cease today at 5:00 pm (April 28, Yom HaZikaron, Memorial Day). There will be no bus service or other public transportation available tomorrow, on Independence Day (Yom Ha’atsmaut), when Israelis normally gather in droves at parks or family venues to celebrate their independence with flag-waving, horn honking, loud music and something they call barbecue, though most Texans might not recognize the process as it’s rendered here.

An Israeli bus driver stands respectfully beside his bus during the sounding of the Yom HaZikaron commemorative sirens in Jerusalem.

As always, sirens wailed at 11:00 am for two minutes this morning in honor of Israel’s 24,816 fallen servicemen.  Because of coronavirus restrictions, the annual state commemorative at Har Herzl military cemetery in Jerusalem was a short one, held without an audience. IDF, Shin Bet, Mossad and other officials were in attendance, “all wearing face masks and adhering to social distancing,” according to The Post.

Prime Minister Benjamin Netanyahu did not attend the ceremony but he did speak from his office. During the past 12 months, Netanyahu said, Israelis suffered the fewest casualties since the state was founded. “[The IDF is] enduring testimony to the Jewish people’s decision to take its fate and its defense into our own hands after thousands of years of feeling helpless,” Netanyahu said, adding that the state will “never stop working to bring home missing soldiers and civilians held captive by Israel’s enemies.”

Most of Israel’s recent news regarding the coronavirus has been upbeat and positive. New reported cases are now lower than they have been in thirty days and the government has begun to slowly expand the economy. Most Israelis are wearing masks and observing social distancing when in public.

Marcia and I have remained at home, of course, and we plan to do the same tomorrow. But judging from the increased pedestrian and automotive traffic we’ve seen in our little neighborhood during the last few days and especially today, and given the enticements provided by our recent, glorious spring weather, the authorities may have their hands full tomorrow when Israelis normally hit the parks to celebrate, given the average Sabra’s well-known tendency to choose his or her own path.

*For more information on the fascinating history of Rogem Ganim, please also see There Goes the Neighborhood.)