The Berger Brothers’ Lives with the Messiah 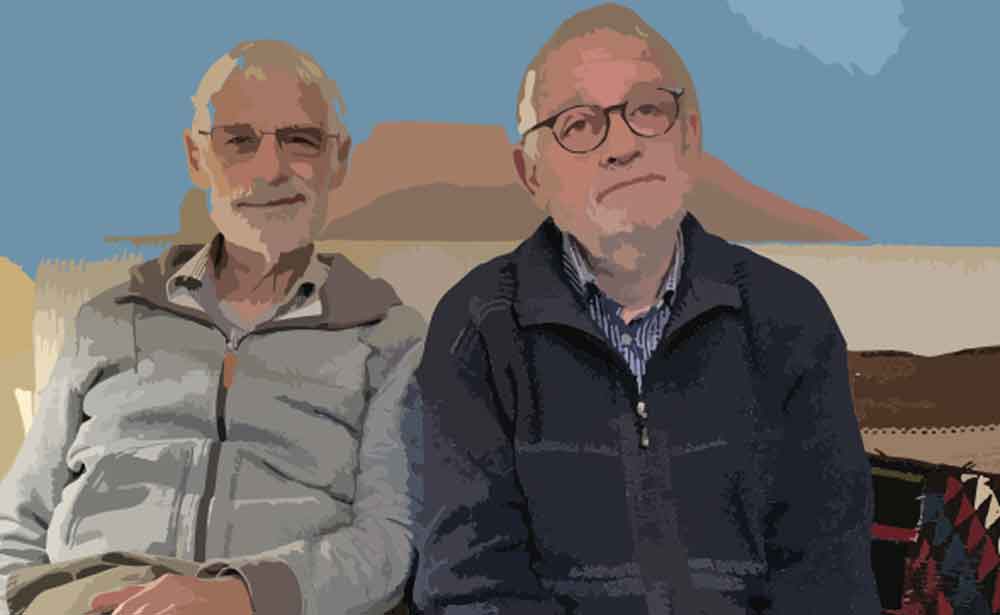 Brothers Benjamin and Reuven Berger were born in New York City to parents who had barely escaped the Shoah. They were observant Orthodox Jews living in a Jewish neighborhood, attending Yeshiva until the end of high school. After studying architecture and design in the mid-1960s, Benjamin left the states for Europe. He quickly found work with a Copenhagen architect. In 1967, something totally unexpected happened.

“I came home from work and was reading the evening newspaper when I sensed someone was in the room with me. I tried to look out of the corner of my eye because I knew there was a very powerful, unknown but wonderful presence at the far end of the room. The presence advanced. I could not identify it, but it was drawing nearer. I perceived holiness and pure love. I was frightened. I am not psychic and I was not imagining this. Suddenly, it was as if G-d took a key and opened the door to my heart which had been tightly locked. It warmed me from the inside. It was pure love. I heard a deep, inner voice from beyond which seemed to fill the whole universe. It said, ‘I am the G-d of Abraham, Isaac, and Jacob, nothing is hidden before me. Your life is open before me.’ I instantly experienced two feelings, one of delight in a G-d who knows me and a feeling of fright that He knows everything about me. I then heard one word—Yeshua.”