The geometric nature of Israeli traffic 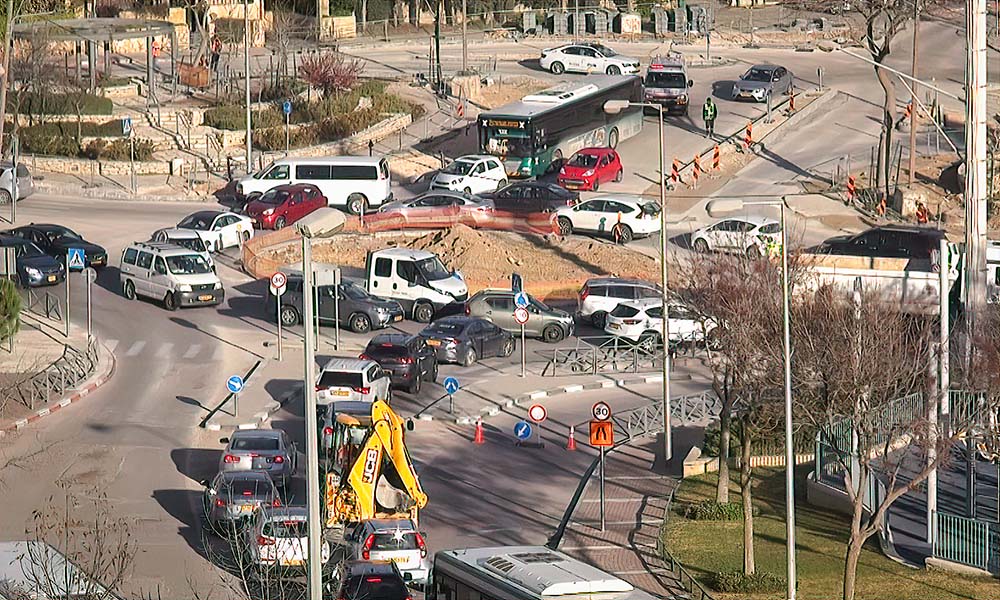 Whoever oversees such things in our part of Jerusalem recently began demolition of two iconic traffic circles in our neighborhood. Iconic in the sense that nearly everyone who lives in the area has risked his or her life on them. The circles connect to each other in a near-figure-eight connection through a short, equally hazardous connector, and there has been no end to the adventures residents have witnessed and experienced while looping around in the chaos in hopes of avoiding a collision.

Their imminent end naturally prompted a flood of nostalgia. Even as I write, our charming little bumper car circles have nearly vanished, victims of small-minded local officials averse to cheap thrills. I miss them already. When demolition began, I immediately thought back to my first two forays onto the biggest and busiest of the two circles, each of which nearly resulted in an accident. Really. Upon reflection, I’ve decided that those two near misses and the horn honking, fist-shaking and ill-will that followed them were on me. I had ignored one of several unwritten Israeli driving rules, perhaps the most important of them, adapted from a well-known axiom of Euclidean geometry, simply stated…

The shortest distance between two points is the way to go.

To confirm this principle after my first two close encounters, I spent time on a bench near the circles to watch Israelis drive their way around them. This post is obviously a bit tongue-in-cheek but I found the following to be indisputably true, no kidding; stay in your lane while negotiating a multilane traffic circle in Jerusalem and you put yourself at risk. It seems that, in honor of Archimedes, Israelis routinely cut across lanes at every opportunity. The lesson to be learned is this, out of self-defense, you must drive this way too (while frequently checking your side-view mirrors for tourists or Sabra outliers).

You will be much less likely to get in a wreck.

So our circles are doomed (one has already disappeared), destined to give way to ordinary intersections and boring stoplights, sure to transform our neighborhood’s de facto parkour venue to a more common Israeli car-horn-honking platform. (Fact: Israeli drivers honk their horns at traffic lights. To be clear, they honk at the traffic lights themselves, not at other motorists or pedestrians while stopped at traffic lights. It’s an important, almost mystical distinction.)

Jerusalem enjoyed a few springlike days several days ago, mild air in the fifties, sunshine, light breezes…perfect weather to pack a lunch and sit on a bench in the sun and watch a band of unaware roadworkers change the course of local history. And so I did, except for packing a lunch, and I found the time I spent observing the relentless “progress” to amount to a sort of therapeutic goodbye to, yes, outright chaos, but it was our unique, neighborhood chaos and so, as I said, I will miss it.