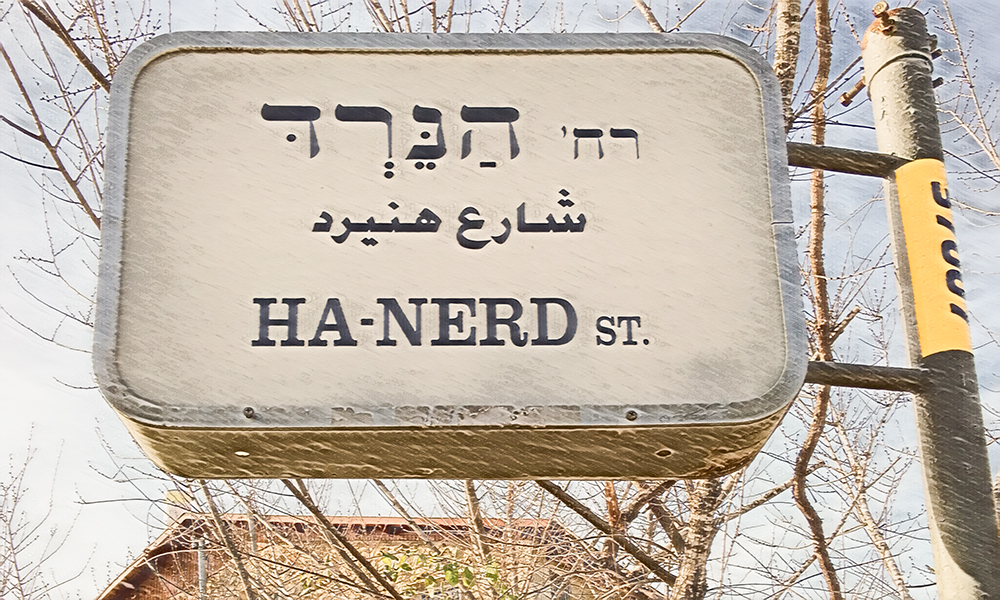 In Israel, it’s a good idea to get out of the house as least as often as we hold national elections. An opportunity to do so arose for my wife Marcia recently between outbreaks of COVID variants, and she went shopping with a friend. I won’t pretend to understand all of what “shopping,” in its deepest sense, may mean to women, but I know the activity always boosts Marcia’s spirits as well as strengthens the Israeli shekel. Early in the process of her latest mercantile adventure, Marcia ran into one of our former Ulpan teachers.

Ulpan (אולפן), for those who may be unfamiliar with the term, is the word Israelis use for language school. A visit to Google Translate will suggest that Ulpan means “studio.” Deeper within Google’s algorithm, the translation “instruction” emerges. But neither is correct. Studio is to Ulpan in Israel like waiting room is to crime scene. Equating Israeli Ulpanim to mere places of instruction, though a bit more accurate, also misses the mark. Normal students absorb instruction but, since a typical tour of Ulpan duty might last five months, five days each week, five-and-a-half hours each day, Ulpan students endure it.

Our personal, hard-earned badge of distinction is to have attended the Marine Corps of all Israeli language schools (I will not name it though I would recommend it), known for its no-nonsense approach to teaching by which they focus on long-term language mastery by stressing verbs, verbs and verbs. To illustrate, after a month or so spent in another language school, a student might reasonably be expected to do a workmanlike job of ordering a meal at a restaurant. “I would like the Greek salad, a bowl of soup, some whole grain bread and a glass of tea,” they might say after scanning the menu. By contrast, after a month at our former school, a student would be more likely to order by saying, “Cook food. Bring it to this table. I will begin to laugh, to smile, to eat and to drink when it arrives.”

All Ulpan instructors at all the schools are known to be different, in a good cop, bad cop sense. At the mall during her shopping trip, Marcia bumped into our old school’s classic good cop. We’ll call her Ronit. A full day at our Ulpan consisted of two sessions, one morning, one afternoon, split by a 30-minute lunch break. We never knew who our next teacher might be but it did not take long to develop a rooting interest. After the first week or so of classes, whenever Ronit would walk into the classroom after the lunch break, students would often cheer. Ronit was pleasant, undemanding, careful to never embarrass anyone and liked to kid around. By contrast, two of our female instructors had been IDF officers in the past. Although they never intentionally meant to be unkind or abusive, they often, in their zeal, made Americans cry, a little more than half of whom were women. They were always quite serious about getting a day’s work done, demanded that everyone pay complete attention and had no problem hanging out to dry students who seemed less than fully committed.

For example, student Moshe walks into class a half-hour late. “Moshe,” one of these might say, “How do we say, It’s not good to be late to the Ulpan?”

Moshe, who has not yet reached his seat, stops in the aisle and translates.

“Now Moshe, say, If I am late to the Ulpan, I will not learn enough.”

“Therefore, I will not be late to the Ulpan in the future.”

Moshe translates again, and on and on. But Ronit was always more low-key. Under the same circumstance she might say something like, “How was the movie, Moshe?” then laugh and move on. But most instructors were necessarily demanding and persistent. Classes were long, loud and intense. Every morning before class began, we were given a long list of sentences to translate from English to Hebrew. We were expected to recite the translations when called upon soon afterward. Afternoons ended with homework assignments to be handed in before class began the next day.

When Ronit and Marcia met at the mall, it was the first time they had seen one another in over two years. Hundreds of students come and go but they immediately recognized each other and shared hugs. (Ronit also remembered me well—she specifically asked Marcia about what’s his name.) As former student and teacher caught up they spoke both Hebrew and English. Ronit seemed pleased by Marcia’s improved skills. She also explained that Israel’s unique “Ulpan experience,” as we had known it, had changed, post-COVID, perhaps forever. Most classes are now conducted online through Zoom meetings. It seems sad that future Ulpan students, if Zooming continues to be the norm as seems likely, may never get to experience the stress, intimidation and inconvenience of regularly hauling themselves to a small, damp, uncomfortable classroom to sit at tiny wooden desks beside eager and competitive strangers of all ages who hail from Europe, Asia, and Africa as well as North and South America.

An online meeting could certainly never provide an experience like our last day in class, years ago. After five months of instruction, the original thirty members of our group had dwindled down to twelve. On the afternoon of our last day, each of our six or seven instructors made a point to drop in to say goodbye to us before we left forever. One of our two drill sergeant types, an Israeli Sabra in every sense of the word, stepped in and spoke to us for several minutes, her hands folded at her waist and tears welling in her eyes, as she wished us “great success and future happiness” in Israel, and also expressed her hope that her efforts had helped move us a bit closer to competency when speaking Hebrew.

I can’t recall many times having been more relieved than I was the day that Ulpan ended, but Marcia’s chance meeting with Ronit brought back tons of memories, softened by time, and I confess that I miss, at least a little, every one of our dedicated former teachers, even those demanding souls who way too often hung us out to dry.