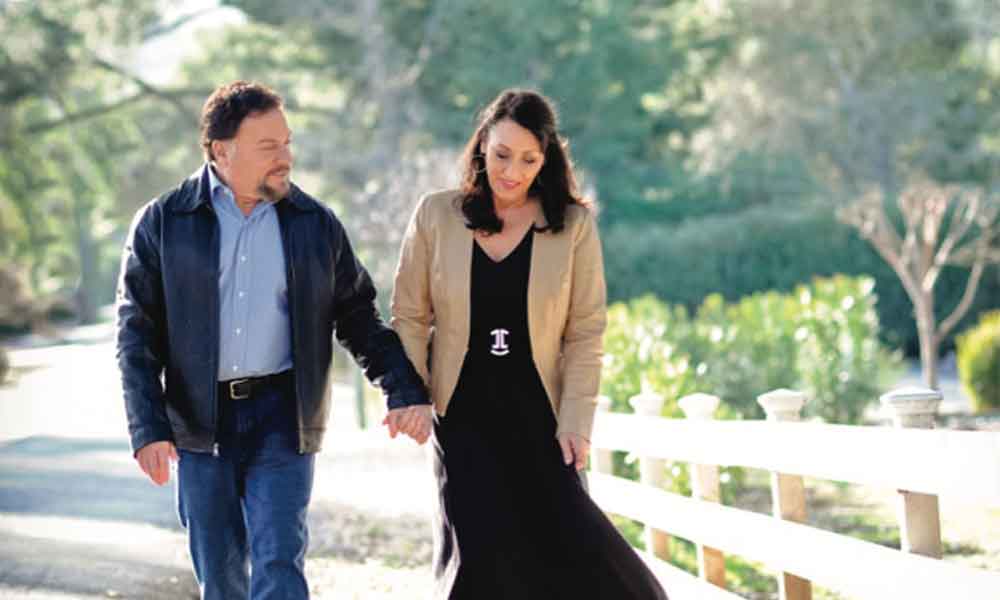 Spread the love
Myles and Katharine Weiss are familiar faces to millions around the world due to hosting the weekly Zola Levitt Presents broadcast for six years. They left Zola in 2017, but not before one of their two sons fell in love with and married the daughter of Marcus and Joanie Lamb of Daystar Ministries. From the beginning, G-d put Myles in the paths of many well-known figures from the Messianic, Hebrew Christian, and Christian fields. Zola was the highest profile period of their 30 years together in ministry, but Myles says now that they are flying under the radar again, and that is fine with him. He recalls the book by Reinhard Bonnke, Exploits in Obscurity. Being high profile is not their goal either, he says. The mylesandkatha- rineweiss website captures their goal; “sharing the message of hope and fulfilled destiny for individuals, couples, the Jewish people, Arabs, and the nations of the world…serving around the world…called to proclaim the relationship between Israel and world revival.” Myles comes from a tradi- tionally Conservative Jewish New York City home—kosher, Hebrew school and Bar Mitzvah. Katharine was a new believer and Myles was a New Age
*****
SUBSCRIBE to continue reading this article and access more content about Israel and the Messianic Community around the world.