Going out and coming in 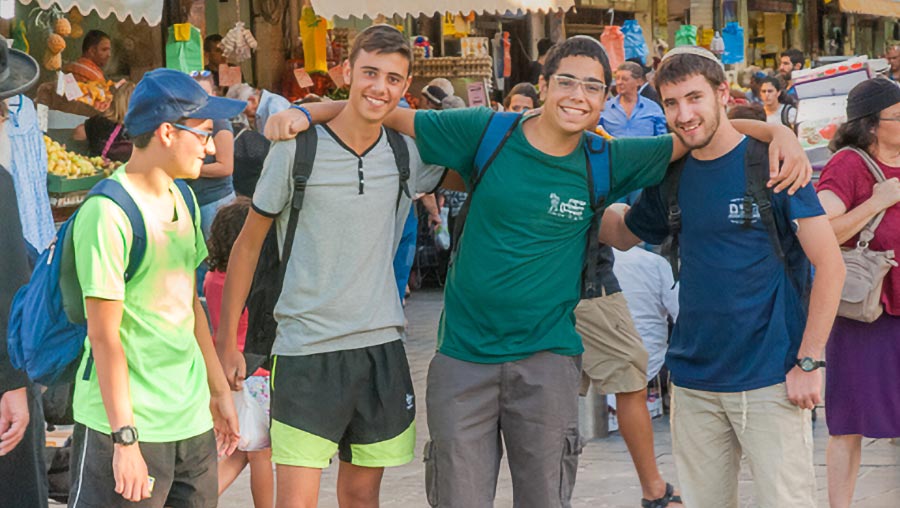 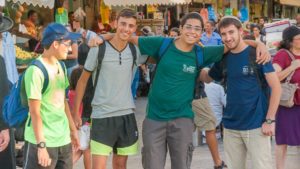 Going out and coming in

By Cliff Keller — Mornings are much different here, in Jerusalem, than the mornings Marcia and I remember while living in the States. Birds, for example, that look for all the world like pigeons—perhaps more like pigeons who, in their past, once consorted with mutant doves—begin calling out at daybreak from their perches, always annoyingly close to a window, repeating a loud, monotonous phrase that sounds much like the Hebrew words for pharmacy.
“Beit merkachat!” (בֵּית מִרקַחַת, “house of confection”) they seem to chant.
It’s a low-pitched, mildly disturbing, otherworldly sound to American ears trained on the songs of sparrows, robins and thrushes, yet it’s only one of the countless odd noises, scents and other sensory affronts one encounters daily here in Asia Minor.
Then, there are the jets.
Not every morning, but often enough to keep Jerusalemites keenly aware that they live in an exceptional place, one routinely hears, especially early mornings, low flying, window-rattling Israeli jets streaking overhead, almost always out of sight, heading…where? The distance from Metula, the northernmost town in Israel, to the port city of Eilat, Israel’s southernmost city, is 260 miles. At top speed an Israeli Air Force F35 stealth jet can traverse the country north to south in under 15 minutes, less time than it takes to persuade the average Israeli shopkeeper to notice you’ve entered his store.
“Something’s up!” Marcia would often say after we first made Aliyah upon hearing one or more Israeli aircraft thunder overhead in the morning. She was right every time, of course; something concerning is always “up” in little Israel, but we who live here have assurances.
“Behold, He who keeps Israel shall neither slumber nor sleep,” proclaims the 121st Psalm. 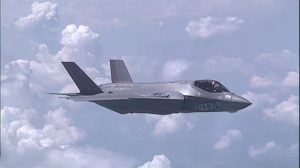 Nor, apparently, shall the IDF sleep or slumber, or the Israeli Navy or the thousands of civilian professionals who continually stand guard over Israeli schools, train and bus stations, restaurants, shopping centers and on and on.
Being constantly on guard against potential threats is the Israeli norm, yet Israelis remain among the happiest people in the world. According to the U.N. World Happiness Report published in March of 2019, Israelis ranked themselves as the 13th-happiest country after respondents worldwide ranked their lives on a scale from 0 to 10. Amazingly, Israelis valued their lives above citizens of seemingly much less stressful nations including Great Britain, Germany and the U.S.
Despite a small drop in its happiness score of 2018, Israel’s overall level of happiness has remarkably increased over the past decade during which over a quarter million people immigrated to the Land (a roughly 8% increase in population) and thousands of rockets and mortar shells having rained upon Israel from Gaza. 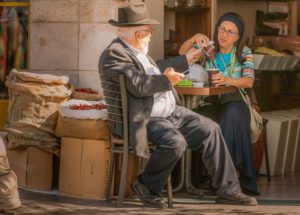 Although surrounded by enemies, most Israelis stubbornly insistence on being upbeat. During the fifty-plus days of Operation Protective Edge in 2014, Marcia and I witnessed a small example of Israeli nonchalance. During the height of Gaza’s rocket attacks upon Jerusalem we returned to the city after visiting friends in nearby Ma’ale Adumim to learn that we had missed one. Sirens had blared, friends and neighbors had scrambled into shelters and safe rooms while several hostile projectiles exploded harmlessly in open areas and others were destroyed overhead, in plain sight, by Iron Dome missiles.
The next morning, I asked a neighbor, a young Ph.D. student at Hebrew University who had been in town the evening before, “What did you think of the attack?”
“Oh!” he said, as if surprised I would ask. “I barely noticed it to tell the truth. My wife and I met some friends down at First Station and, of course we heard the sirens, but we continued with our meal.” The restaurants and shops there, as in other venues throughout town, had remained open, not missing a beat.
The above account is not meant to minimize the serious trauma caused by Hamas’s continuing virulence toward Israelis in the south. Citizens of Sderot, for example, have been incredibly heroic and resistant to their near neighbors’ almost constant deadly harassment, but their stubborn refusal to leave their homes further illustrates a truth about Israelis which might be summarized as follows…
Israel is the Jewish homeland, a bequest from G-d.
Her citizens will never abandon their homes or submit to violence.
In the meantime, as their unending struggle for survival continues, life in the Land is good.
Something is indeed “up” every day in Israel, and G-d has abided by His promises of the 121st Psalm.