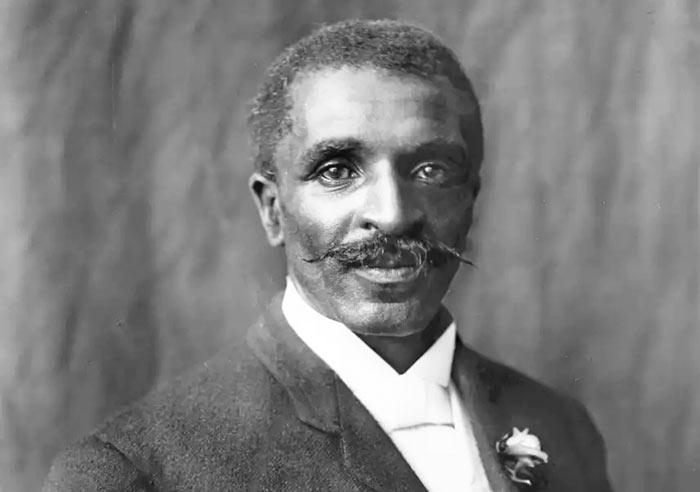 “When I was young, I said to G-d, ‘G-d, tell me the mystery of the universe.’ But G-d answered, ‘That knowledge is for me alone.’ So I said, ‘G-d, tell me the mystery of the peanut.’ Then G-d said, ‘Well George, that’s more nearly your size.’ And he told me.” (George Washington Carver)
Former slave and turn-of-the-century scientist and inventor, George Washington Carver was best known for his work with peanuts but he was also a profound philosopher, a man of faith who loved “to think of nature as an unlimited broadcasting station, through which G-d speaks to us every hour, if we will only tune in.”
If we would only tune in!
Marcia and I left Jerusalem to visit the States in November, our first attempt in over two years to brave transatlantic travel, eventually sharing time with all five of our grownup children and their families, including ten grandkids, made possible by ensuring a profitable fourth quarter for Delta Airlines’ domestic operations by purchasing tickets to fly all over the place.
One would think, out of respect, our offspring and their spouses would have agreed to live together in just one American city, all in the same neighborhood and within walking distance of an international airport, but you know kids.
As it happened, the several problems we eventually encountered on our month-long visit had nothing to do with air travel; nothing, that is, until it became time to head home, the issue then being non-travel, a delay caused by a big, thoughtless snowstorm in Boston which shut down Logan airport and extended our stay two days.
Our visits began unexceptionally in early November, in Jefferson, Georgia, a sweet little town near I-85 lying at the edge of Atlanta’s infamous chaos. All went well to start until a little orange warning light on our rental car’s dashboard lit up to hint at a problem.
Surely you’ve seen one of these; the panel light that, for good reason, looks like a cross-section of a nearly flattened tire?
We soon found a nail stuck in one of the rental’s tires but, no worries. Marcia quickly found a friendly tire shop and the people there fixed us right up. But a second stray nail in a second rental struck about two weeks later, in Vineyard, Utah, the day before we planned to drive some 45 miles at Dark AM along a vicious strip of interstate to the Salt Lake City airport.
That second nail seemed beyond coincidence and turned out to be more serious. Again, a dashboard light warned us early but, because a sudden cold front had plunged the local air temperature into the twenties, my first thought was to simply put more air in the tires and not bother to check them. This would have proved unwise.
“You would have never made it to the airport,” the mechanic at a fleet tire store in Vineyard, Utah told me, holding up the long, crooked nail he had just extracted.
I immediately pictured Marcia and me stuck in heavy traffic the next morning, in the dark, somewhere on Interstate 15, much of which has no shoulders, if the tire had failed as the mechanic had said. “And being stuck and not wrecked or injured would have been your best option,” the mechanic added.
But all was well. To that point our blessings had well-compensated for the minor inconveniences we had suffered. Two punctures, two slightly bothersome detours to tire stores out of caution, no consequences. Providence, it seemed, had maintained balance.
But then, while still at that second tire shop, the scales tipped in favor of blessings.
“How much do I owe you?” I asked the manager after the repair.
“We’re good,” he said to me, a stranger whom he was sure to never see again. “It’s on the house.”
The money involved was insignificant but the manager’s good will more than memorable.
But the minor assaults on our peace of mind had not yet ended. After an uneventful drive to the Salt Lake airport on sound tires and a wonderful visit with our children’s families in Austin, we flew to Charlotte to begin home. But we could not connect to our El Al flight from Boston because of the snowstorm mentioned above.
What eventually amounted to a two-day delay ended with another blessing. Marcia’s brother and his wife live in nearby Davidson, so we spent two relaxing days there, time well-spent, though we eventually discovered that our third rental car had been side-swiped while parked on the street during our stay!
Yet we had a sense of peace about all that had happened. Each little setback during our visit had seemed to be rendered trivial by equal or greater blessings. Were these odd forks in the road and their safe resolutions brought on by simple coincidence? Or positive thinking?
Or, as we believe, by Providence, the protective care of G-d?
Like George Washington Carver, we cannot know or hope to understand the mystery of the universe; we cannot know why or how misfortune and accidents sometimes happen and are sometimes avoided. That knowledge is truly for G-d alone. Also like Carver, we hope to be mindful of the unlimited broadcasting station through which G-d speaks to us every hour, making us peaceful about life’s odd twists and turns, if we would but tune in.