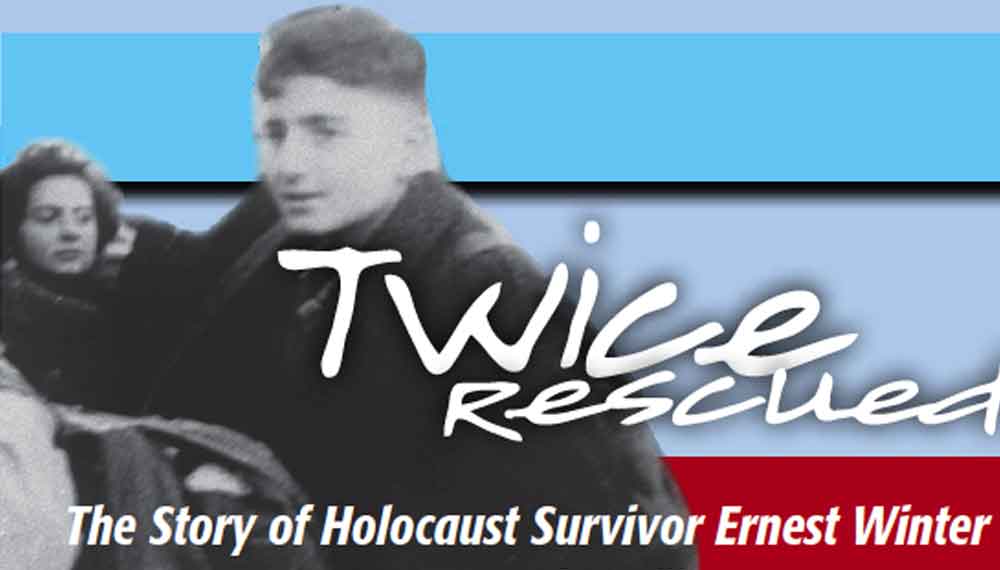 As he witnessed his father’s ordinary wooden casket being lowered into its grave, young Ernest Winter’s little heart cried out in protest, “Surely my father is not dead like an old stone! There must be more to life than this!” On the way home from the funeral he saw a glass-sided hearse drawn by horses. When he glimpsed at the hearse and the coffin inside, his heart cried out “Where, Ernest, will you be when you are inside a coffin like that?” For twelve-year-old Ernest, the world was now a fearful place in 1936 Berlin. His mother, Cili, had acquired work as a nanny for a Jewish diamond merchant and young Ernest was not allowed to live there anymore. Instead, he was placed into Jewish Children’s Home.

At school he was separated from the other students and the teacher said terrible things about the Jews. They were Christ killers, ritual murderers, hoarders of the world’s money and plotters of Germany’s overthrow. He was not allowed to swim in the pool in case he contaminated it. Then suddenly all Jewish children were refused by the public schools and Ernest was sent to a private Jewish school.