What next? Israel has a sail-in theater! 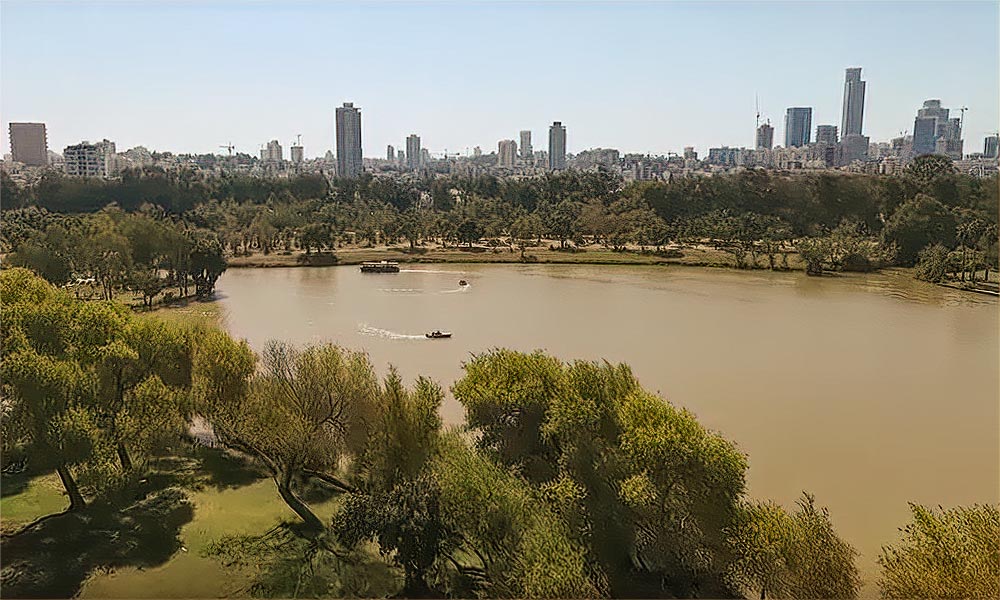 By Cliff Keller — While in Tel Aviv, why not catch a movie on a boat? Israel joined the elite ranks of Canada’s Port Toronto and Washington State’s Port of Everett this month when the Tel Aviv-Yafo Municipality launched (to use a nautical term) this country’s first sail-in floating cinema.

The Israel Ministry of Foreign Affairs announced in August, that seventy “socially distanced boats [at Tel Aviv’s HaYarkon Park boating lake] will be available to moviegoers, adults and children alike, seeking to enjoy a night of cinematic entertainment under the stars.”

In announcing the new entertainment venue, the ministry mentioned the coronavirus outbreak, which you may have heard of, as having proved itself “particularly challenging for the cultural sector worldwide, with outdoor initiatives representing almost the sole solution for cultural events.”

But solutions are what Israel is about. “Boats will be distanced two meters apart at all times opposite a large screen, ensuring a safe and fun experience, and allowing all ticketholders to float away and unwind from the daily grind for at least a few hours. The event has received Health Ministry approval and will be held in strict accordance with ‘purple badge’ public health standards.”

Prime Minister Benjamin Netanyahu, who has received slightly less press (but much more condemnation) than the coronavirus outbreak in Israel, along with Israeli Health Ministry Director-General Moshe Bar Siman-Tov, introduced in May what they called the “Purple Badge health standard” for Israeli businesses; guidelines that all businesses and workplaces were required to follow to reopen.

The purple badge standard mandates that individuals wear face masks in all public spaces, remain a minimum of six feet apart and frequently wash their hands (which should be relatively easy while at anchor in a boat).

“The coronavirus crisis poses new challenges for the Tel Aviv-Yafo Municipality, including bringing cultural life to a halt in the city,” said Ron Huldai, the Mayor of Tel Aviv-Yafo. “During recent months, we have been constantly examining ways of providing assistance. The initiative to screen movies at HaYarkon Park’s boating lake is another creative way to spend the hot August days, in accordance with Health Ministry guidelines.”

Tel Aviv’s unique park cinema is only one of several initiatives recently undertaken to sustain cultural activity in the city since the coronavirus struck.  They include, to date, “intimate outdoor performances in restaurants and cafes,” online and open-air cultural events, outdoor guided tours and even rooftop fitness classes and musical performances.

Throughout Israel, since Israelis have recently encountered the second wave of coronavirus outbreaks (or a continuation of the first wave, opinions vary), there has been an apparent change in public attitudes toward Israel’s mandated—but not allows followed—public health guidelines. An unscientific series of observations in a small southeastern Jerusalem neighborhood (that is, what I’ve casually noted while on daily walks), indicates that Israelis have been taking the regulations more seriously than before.

To be sure, it is not unusual here to encounter individuals inside businesses or out on the street, with their masks wrapped casually around their necks like bandanas, or pulled up only far enough to cover their mouths, or wearing no mask at all. But it is clear that awareness of the problem and precautionary measure have increased among Israelis even while incidence and mortality data remain inconsistent, debatable and inconclusive.

While the virus threat and debates about how best to combat it continue, it might be fun to catch a movie from a boat at Tel Aviv’s HaYarkon Park.